The first two runs were impressive and its now lying deep. It has all the signs of a good fish. The other lines have been brought in and all eyes are focussed in the same direction, just beyond where the line cuts the water. Eventually the top of the trace comes into view and everyones focus intensifies as multiple pairs of eyes strain in an effort to be the first to see, and confirm loudly, “it’s a good one”, or something like that anyway……!

One of anglers opens the access door in preparation for the shark to be brought aboard while the skipper grasps the leader and guides the fish to toward it.

As it comes aboard you realise just how good it is. You could see it was long when it came alongside the boat but now its aboard its girth is impressive.

Suddenly this shark takes on a new level of importance as it has the potential to be a qualifier, a trophy winner or perhaps even a record.

One of the anglers remembers the camera is “somewhere” in their rucksack and rushes into the cabin to find it. The last anyone saw the measuring tape it was on top of the engine cover but its not there now. Meanwhile the Skipper is demanding the T Bar and another angler starts dousing the shark with buckets of water.

Sadly, the output from it, is very often a piece of claim documentation with missing information and a set of pictures which are simply unsuitable to confirm beyond all doubt what the measurements of the shark were.

The SACGB committee regularly receive claim documentation and supporting evidence. Having been a part of that process, I can confirm that the initial excitement all too often rapidly changes to frustration as we realise we don’t have sufficient information or the quality of the information is insufficient to validate the claim.

The committee have to take their decision based on the information put before them.  Indeed, I have known a situation when a committee member made a claim but missed some of the information required. Even though two other members of the committee were on the boat the day the shark was caught and released, and could verify the claim verbally, it couldn’t be processed.

Club policy is that the quality of the evidence and the completeness of the documentation must be such that the claim can be verified beyond all doubt.  Its critically important that the committee do not deviate from this policy as to do so would undermine our sport and betray the trust the sharking community have in the club.

The old maxim, “Fail to plan and you plan to fail” holds true here.  The time taken to get from port to the start of the drift is more than sufficient to ensure cameras, tape measures, notepad and pen to record the measurements, T Bar(s), wire snips etc are all suitably located.

Similarly, while the shark is being played there is sufficient time for task delegation. Someone allocated for water dousing duty, another to work with the skipper to contain and measure the shark, another to take pictures and video. If there is a shortage of resource the measurements can be recorded on the video rather than written down with wet hands.

One of the most common failures is the photographic evidence. We often get a full body picture of a shark with a measuring tape along its length. The confined space on the boat rarely allows for a photograph with sufficient detail so the measuring tape can be clearly seen. Some anglers try to overcome this by taking one picture of the front of the shark and one of the tail end.  We believe the vast majority of shark anglers are honest but since our policy is “verification beyond all doubt” the two halves picture approach just doesn’t work.

The best visual evidence comes from video. When the tape is laid along the shark, the video needs to begin at the start of the tape, with the camera held at 90 degrees to the start point. It is then walked slowly along the length of the fish to the final measuring point, being held at 90 degrees all the way. This is proof of the length but also that the tape didn’t slip. The girth measurement process should be video recorded entirely, so it can be verified that the tape has been passed around the shark and pulled tight. The SACGB recently sourced a large type tape which will significantly enhance the detail of pictures and video. A picture of the tape is attached, and details are on our website.

Chasing witness signatures after the event is not easy so take the claim documents with you so they can be completed and witnessed on the day.

It’s disappointing for the committee, and the angler making the claim, when its rejected due to missing information. No matter how experienced we are, the excitement of getting a decent shark can temporarily dilute the planning skills of even the most experienced angler and skipper, so remember if you “fail to plan, you plan to fail”.

Let’s make 2018 the year when we get all claim documentation detail properly recorded and to the correct quality.  With SACGB members having access to the premier Sharking Trophy cabinet in the UK and beyond, and all anglers, members or otherwise having access to the recently added British Measured & Released Record listing there is no shortage of opportunity.  All the relevant documentation and information documents are on the website.  http://www.sharkanglingclubofgreatbritain.org.uk/

Finally, although improved planning will deliver an administrative payback, it will equally, if not more importantly, enable you to return the shark underneath the two minute target from bringing it aboard to releasing it back into the water and that is the best incentive for us all to plan. 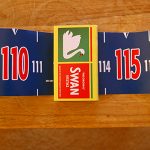