A notable shark is one of any species with an estimated weight of 100lbs and above.  The SACGB have maintained annual notable shark records for many years. These can be found in the members area of our website.

To report a notable shark, you should forward the following information to the secretary by email to sacgb1953@gmail.com or in writing to SACGB, c/o The Harbour Office, Buller Quay, East Looe, PL13 1DR.

If you can, include a clean photograph of the shark, preferably taken in landscape mode.

If the fish is not brought aboard its weight can be estimated but we need good quality photographic or video evidence with an object of known size in the picture to provide a means of scaling the shark.

There is a SACGB trophy awarded each year to the member who catches and releases the most sharks of 100lbs or more in any season.  This years list has already started with two very notable sharks. 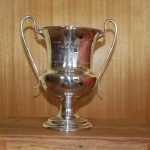